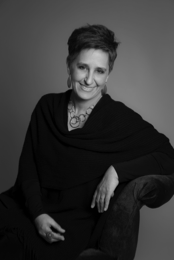 Yonit Kosovske performs as a soloist, chamber artist, and orchestral musician on modern piano, fortepiano, harpsichord, and chamber organ. Focusing on repertoire from the late Renaissance through Contemporary, she curates diverse projects that integrate music, text, dance, and visual art, including her original photography and film.

One of her current research and recording projects is titled Chrome Attic, exploring chromatic keyboard repertoire, micro-tonal split-keyed instruments, and chiaroscuro in Italian painting. Other highlights among her engagements of large-scale works include Bach’s Goldberg Variations and Well-Tempered Clavier book 1, Schubert’s Die Winterreise, and song cycles by living composers, such as Ian Wilson’s Games and Ned Rorem’s Poems of Love and the Rain, a fantastic composition organized in the form of a poetic palindrome. As an artistic director, recent collaborations include ¡Fandango! (classical and traditional music and dance from Mexico and Spain) and various French-themed programmes from the Baroque period: The Small Wonder (celebrating Élisabeth Claude Jacquet de la Guerre), Muses (with traverso and viola da gamba), and Fire in the Belly (contrasting Forqueray with Marais).

As an event coordinator, in October 2019 Yonit recently co-produced Viva la Vida, Limerick’s first arts festival dedicated to Latin American culture, with a particular emphasis on Mexico and Brazil. She is also Co-director of Now and Then Media, Ltd. and of a new Limerick-based project titled H.I.P.S.T.E.R., an acronym that stands for Historically Informed Performance Series, Teaching, Education, and Research, the launch of which will take place on March 21, 2020 at the People’s Museum of Limerick in celebration of the European Day of Early Music.

Yonit is equally passionate about her teaching career as a university lecturer and as a guest artist, presenting masterclasses on both piano and harpsichord throughout Ireland, the United States, Colombia, China, and Israel. As a scholar she attends international conferences, presenting her research on chromatic keyboard repertoire, arts education and diversity, staging lieder, and other topics about performance practice, stylistic ownership, music and gender, as well as arts and citizenship. Likewise, as a community organizer she frequently coordinates unique public seminars that bring together renowned artists and scholars from different arts practices with the intention of building bridges and deepening cultural understanding across traditions and backgrounds.