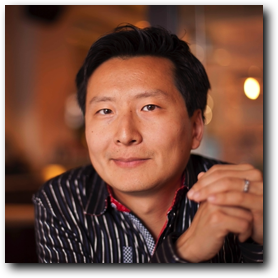 Described by the Irish Times as a pianist who performs with “gorgeously full tone and daring velocity…” and whose playing “suggests a fiery temperament with the necessary elements of technique to support it,” Taiwanese-American pianist Archie Chen has gained international recognition for his poetic imagination, drama and virtuosic technical prowess. International Piano Magazine hails his interpretation of Alkan at the Dublin International Piano Festival as “… a performance that has stayed longer in the memory than anything else.” Others have also described his playing as one that “combines a solo virtuoso’s fluency and excitement with the sophistication and intelligence of an artist who thinks deeply about the music he plays.” while Ralf Gothoni applauds him as “A great talent, both as instrumentalist and musician… a virtuoso… showing a wide spectrum of deep emotions and understanding for the musical structure.”

Dr. Chen’s performances have led him throughout the United States, Asia, the Middle East and Europe in such prestigious venues including Carnegie Hall, Lincoln Center, the Gewandhaus, Vatican Auditorium, Benaroya Hall, National Concert Hall (Dublin) and concert halls throughout China. Archie’s performances have also been featured on radio and television with broadcasts in the United States and Europe and in movies including BBC Films “Loving Miss Hatto” a movie about “Hattogate” the recording scandal involving British pianist Joyce Hatto which features Dr. Chen’s performances of the famously difficult Godowsky-Chopin Etudes. An active chamber musician, he performs regularly with English cellist, William Butt and trumpeters Alan Vizutti and John Wallace. Chen has performed frequently with the Spokane Symphony, Coeur d’Alene Symphony, Gonzaga Symphony, RTE Concert Orchestra, Washington-Idaho Symphony, and the Northwest Chamber Orchestra. He has recorded for both Sony Classical and Carnegie Artists Records.

A native of Spokane, Archie Chen studied extensively with Mary Toy, giving his first Piano Concerto performance at age 11 with the Spokane Youth Symphony, winning the Northwest Young Artist series at age 13 & Young Artist at Musicfest Northwest at age 16. Taken under the wing of Maestro Gunther Schuller, Chen was a regular guest artist at the Festival at Sandpoint. He obtained his Bachelor and Master of Music degrees from the Jacobs School of Music at Indiana University where he continued his studies with Menahem Pressler and the late Edmund Battersby. Among his many scholarships and awards at Indiana University were the Nina Neal Piano Scholarship and the prestigious Performer’s Certificate, the school’s highest honor. Following his training at Indiana University he earned his Recital Artist Diploma and Doctorate of Music in Piano Performance, with focused research on Chopin at the Royal Irish Academy of Music under the direction of John O’ Conor. Chen was recipient of the Arts Council of Ireland Music Bursary Award, in support of his performances & research. Other influential teachers include Leonard Hokanson and Alicia De Larrocha. Dr. Chen received First Prize at the Bradshaw & Buono International Piano Competition and was awarded Artist of the Year by the New York Classical Music Society in 2013. He also holds a Fellowship from the Tyrone Guthrie Centre, a residency program for artists to practice and excel at their craft.

Dr. Chen previously served as Assistant Professor of Piano at the Royal Irish Academy of Music and at the Conservatory of Music & Drama at TU Dublin; is Founder & Artistic Director of the Dublin International Piano Festival & Summer Academy and Director of Development at the Piano Academy of Ireland. His students have won top prizes in international piano competitions and have been accepted to major universities and conservatories. Chen regularly gives master classes across the United States, Europe and Asia as well as being an active adjudicator at both national and international levels. Chen is an active member of MTNA, CMS, SMTA and EPTA, serving on the board of Musicfest Northwest.
Lesson with Archie Chen. This was on the first day of the course and as a result I think I was at my most nervous for this lesson, but I enjoyed the lesson very much, particularly as Archie clarified something which has bothered me for a few years (I have occasionally received negative comments in the past for playing unsteadily). I also admired the way that Archie could instantly give witty and imaginative readings of specific passages, suggesting ideas I would never otherwise have imagined.
Lesson with Archie Chen on the W.A. Mozart "Jeunehomme"Concerto. Again, a few ideas,enriched my playing. It helped the expressivity and the playing legato, in virtuoso parts of the 3rd mov. Also Archies natural way of approaching the piano, had an influence.
Krizstina Wajzsa
I also really enjoyed the lesson and masterclass with Archie Chen, it was very interesting, informative and challenging!
Discover the Musician Within
Phone: Call us at 01 4972333