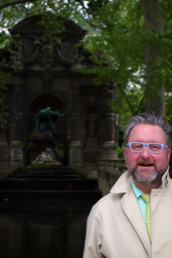 Irish pianist Peter Mack is in great demand as a performer, clinician, convention artist, adjudicator, and teacher.  Celebrated for his moving playing, and his easy rapport with audiences, he has performed throughout the United States and Europe, as well as in Australia, India, and the former Soviet Union.  He is the winner of the New Orleans, Young Keyboard Artists, and Pacific International Piano Competitions. His prize in the Sherman-Clay competition included a Steinway grand piano. Naturally, he is a Steinway artist!

Peter Mack is well known for his extensive repertoire, having performed twenty-six concertos with orchestras.  A choral scholar at Trinity College Dublin, and a fellow of Trinity College London, he has a doctorate in piano performance from the University of Washington. His principal teachers were Frank Heneghan, and Bela Siki. Past engagements include performances in two of the most acoustically perfect performance spaces in Europe; the Salle Cortot of the Ecole Normale in Paris, and the Haydnsaal of the Esterhazy Palace in Eisenstadt, Austria.

Recently, Dr. Mack received the extraordinary honor of being asked to deliver both the Advanced Piano Masterclass at the Music Teachers National Association (MTNA) annual convention, and the Masterclass for MTNA Winners at the biennial National Conference on Keyboard Pedagogy (NCKP) in Illinois. His students are frequent winners of local, national, and international competitions. He is the proud teacher of twenty MTNA national finalists, and three MTNA national first place winners.  Dr. Mack is Professor of Piano Performance at Cornish College of the Arts in Seattle.
Mack is one of those lucky ones, born with a completely balanced set of talents.  He has perfect piano hands, his technique is all but infallible, he has boundless temperament, style and taste, and above all, he communicates directly. In all capacities he is indefatigable.
Los Angeles Times
Discover the Musician Within
Phone: Call us at 01 4972333